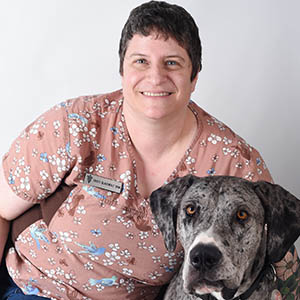 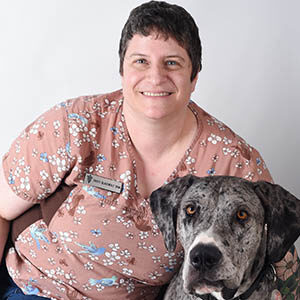 I did my undergraduate and veterinary work studies at UC Davis. I received a B.S. in veterinary science my second year of school and then my DVM in 1994. I did an internship at Santa Cruz Veterinary Hospital from July 1994 to August 1995. I have been at Adobe Animal Hospital since 1995. I have a special interest in endoscopy, and I enjoy working with rats, mice and guinea pigs

Dr Blackwolf was Bay Woof’s 2019 Best Veterinarian in the Peninsula and South Bay!

Best Veterinarian — Peninsula & South Bay
Dr. Cristi Blackwolf, Adobe Animal Hospital
Superstar veterinarian Dr. Cristi Blackwolf is a veteran of medical care. For more than two decades, she has been treating animals at Adobe Hospital for ailments and illnesses, giving plenty of pet parents reason to sing her praises. She is an avid four-legger fan and is mom to not only six dogs, but two guinea pigs, five rats, and two horses. Her specialities include cancer and endoscopy, so if emergencies arise, she’s the one to call. 4470 El Camino Real, Los Altos, 650-948-9661, Adobe-Animal.com.