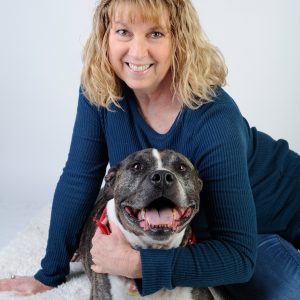 School: University of California at Davis, 1993

When I graduated from high school and decided that I wanted to become a veterinarian, I got a lot of negative input from everyone. My school counselor told me I would never get into Vet School because there were ten applicants for every open spot. Our family vet complained to me that even his own son could not gain admission. I ended up going to college and getting a degree in chemistry instead. I worked as a chemist in the oil industry for many years, but I realized that what I really wanted to do was be a veterinarian.

It was scary at the time, but I quit my well-paying job as a chemist and went to work at an animal hospital in Whitter, California cleaning cages and restraining animals. I did not know one end of a dog from the other, but I learned and everyone was eager to help me along. After picking up biology courses at Cal Poly Pomona, I applied to UC Davis and was accepted. I met my husband, Ken in our class, and we married two years after graduating.

We now live in San Jose with three cats; two that are each missing a leg and one that is missing part of her brain (she actually has an underdeveloped cerebellum, which makes her a little uncoordinated, but she can still outrun me.) Our two dogs are both rescues; one is a goofy Boxer named Tyler, who’s dimwitted but lovable, and a happy young Pit Bull whom our cat Carl rules with an iron paw. In our downtime, we enjoy camping, hiking, reading, and antiquing.